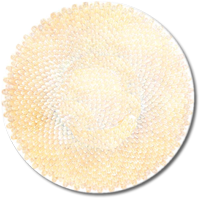 Plai essential oil has a fresh, herbaceous, spicy aroma. It is steam distilled from the fresh rhizome (roots) of the Plai plant (Zingiber cassumunar), which is native to Thailand, Indonesia and India. Plai essential oil has long been used by Thai massage therapists for its powerful pain-relieving, anti-inflammatory, rejuvenating and relaxing properties.

Although it is derived from the same plant family as Ginger, Plai possesses many different properties and has a more intense action. Rather than the classic warming effect of Ginger, Plai has a cooling effect on pain and inflammation, making it an excellent choice for treating injuries, muscular and joint pain and conditions such as arthritis and rheumatism.

It is estimated that around two million people in the UK are living with or beyond cancer, and this figure is set to rise to four million by the year 2031.

Many of these people choose to access complementary therapies, to help them cope with various physical and emotional issues surrounding their condition, diagnosis, treatment and survivorship.

A study recently published in Complementary Therapies in Clinical Practice looked at whether reflexology was as effective as aromatherapy massage for symptom relief in patients attending a specialist cancer centre in the UK.

The centre had been offering an aromatherapy massage service for nearly 25 years, and before introducing reflexology, the complementary therapy department wanted to investigate whether the therapy would offer the same benefits to its patients.

The study involved 115 NHS outpatients who were allocated to receive four, one-hour sessions of either reflexology or aromatherapy. Randomisation by minimisation was used to balance the two groups in terms of gender, whether they had received chemotherapy in the previous two months, and if their first concern/problem identified using a MYCaW* questionnaire was pain or ‘other’.

One hundred and four patients completed all four treatments, with the median length of time between the first and last appointments being 10 weeks. MYCaW questionnaires were completed before and after the intervention, to measure the effect of the therapy on patients’ symptoms, and VAS (visual analogue scale) after each session, to measure relaxation.

The results indicate that reflexology is as effective as aromatherapy massage for the treatment of cancer patients’ self-selected problems and concerns, and that both therapies provide ‘clinical benefit’. However, the authors commented that ‘future research might focus more specifically on which particular concerns are best managed by which therapy, or whether giving patients their own choice of therapy would make a difference to outcomes’.

No patients dropped out of the study due to adverse events, and the only negative comments provided in the questionnaires related to patients wanting more, or more frequent, therapy.

As a result of the study’s findings, reflexology will now be introduced to the cancer centre.

* MYCaW (Measure Yourself Concerns and Wellbeing) is an individualised questionnaire, adapted from MYMOP, which has been designed for evaluating complementary therapies in cancer support care. It collects both quantitative and qualitative data.